Change-makers and communicators, I am delighted to introduce to you one of the most popular and widely recognised behaviour change models in the World -‘Stages of Change’.

The brain child of James Prochaska and Carlo DiClemente, this theory was developed whilst they were studying how smokers quit at the University of Rhode Island in the 1980’s. ‘Stages of Change’ is also known as the ‘Transtheoretical model’ and it has had a profound impact on making the world a better place. (Cue Michael Jackson song.) Due to it’s simplicity and proven effectiveness it remains a popular choice for change-makers and communicators, especially in the field of addictions.

Stages of Change is often described in 5 stages, some or all may well be familiar.

We can get stuck at or drop out of any of these stages whilst striving to improve our lives.

There is however, a sixth stage but you wont see it all the time. The sixth stage and most human stage is called ‘Relapse’  and it is sometimes shown outside of the model or dropped out completely. This stage captures the inevitability of human nature – relapsing.

Have you ever met a ex-smoker who hasn’t relapsed at least once? As an ex-smoker I know relapsing was part of my journey (at least five times), so where it fits in your application of the model (if it does at all), will depend on how this element is tackled in your strategy. There is a balance to strike between being realistic about human nature and fatalistically giving up before you begin. But I think it is an essential part of any planning.

I wonder how many smokers there are left over the age of 30 who haven’t tried to quit at least once. If you believe in knowing your audience the insight from these experiences have the potential to transform your approach. Quitting smoking isn’t a new subject (especially to smokers) but as change-makers and communicators we have to find new ways to resonate and motivate. Maybe now in 2019 the relapse stage should be the first stage of the model. Could it be the start of the journey and not the end?

The circular form captures the inevitability of human behaviour.

Alongside incredibility passionate public health and marketing colleagues I have spent over a decade delivering quit smoking or Smokefree campaigns in hospital and community settings and nationally with Public Health England on Stoptober and Health Harms.

I differentiate between quit smoking campaigns and Smokefree marketing because I remember the shift when the behavioural approach really started to take hold. As a communications manager instead of being asked to promote the quit smoking classes we took a pause to develop Smokefree plans with integral communications across Strategy, Policy as well as Services. This extended our audiences beyond smokers to non-smokers. Preventing the uptake in smoking was at the top of the agenda and Stages of Change delivered in-sync with a social marketing approach, meant our audiences included young people, schools, teachers and the people that shape our environments, policy leads and law makers.

In other words a marketers dream mix – people, price, positioning and packaging underpinned by the importance of a deep understanding of your audience.

Positive change started to happen including:

Stages of Changes really has helped make the world a better place. What a superhero!

Want to talk marketing and change? email me at ruth@socialinsightmarketing.co.uk 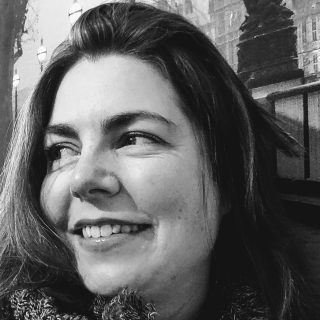 Hi I'm a passionate advocate of using behaviour change to take marketing to the next level. I collaborate with any partners wanting to make a positive difference. With a passion in health and wellness I have over a decades experience in health and prevention of ill health. My experience stretches across Local Government, NHS, Social Enterprises, Community Sports Partnerships and Public Health England. Not in any particular order I am a mother, daughter, sister, friend, slave to two cats, lover of travel and Duke the cocker spaniel's human owner!